In this role, Ms. Schenewerk will be a key member of the Executive Leadership Team, responsible for the development and execution of Relativity Space’s federal, state, and local government strategy. She will increase Relativity’s visibility, lead the company’s participation in industry associations and expand Relativity’s relationships with key government agencies.

Ms. Schenewerk brings an extensive background in legislative affairs, aerospace regulation, acquisition and appropriation processes across twenty years of experience. She has worked extensively with U.S. Government agencies on commercial launch and recovery operations, particularly the Federal Aviation Administration’s Office of Commercial Space Transportation, and has deep knowledge of the U.S. and international space industry.

“Caryn is a dynamic, accomplished leader, and we are thrilled to bring her onto the growing Relativity team,” said Tim Ellis, Chief Executive Officer and Cofounder of Relativity Space. “She brings unparalleled insight, vision, and execution to a critical interface of our business, and will be a key member of our team in making Relativity’s mission come to life.”

Previously, Ms. Schenewerk served as senior counsel and senior director of spaceflight policy for SpaceX, where she focused on civil and commercial space. Caryn supported SpaceX’s FAA licensing activities; NASA contracts for Astronaut and cargo carriage to the International Space Station; offshore rocket recovery operations; and air space integration efforts. Prior to joining SpaceX, Caryn served as Deputy Associate Director for Legislative Affairs at the Office of Management and Budget in the Executive Office of the President. Caryn has also served as Counsel, Policy Director and Deputy Chief of Staff on Capitol Hill; her last Hill position was with Congresswoman Gabrielle Giffords. Before entering the political realm, Caryn practiced international law at a Washington, D.C. firm.

“I am excited to join a company that represents the next generation of innovative, high-tech launch capabilities,” said Ms. Schenewerk. “It is an honor to take a leadership role at Relativity, an emerging leader in an expanding private space sector that offers commercial and U.S. Government customers the benefit of increased competition and a revolutionary approach to rocket launch and aerospace manufacturing.”

Ms. Schenewerk is an adjunct professor of commercial space law at Georgetown University Law Center. She earned her bachelor’s degree from Austin College in Sherman, TX, her J.D. from the University of Texas School of Law in Austin and a Masters in Laws (LLM) from the University of Nottingham in England. She is a member of the New York and D.C. Bar Associations.

Relativity continues to grow its public-private partnerships and customer manifest. The company recently announced a six-launch agreement with Iridium, their fifth announced launch customer. Relativity also announced a Right of Entry Agreement with the United States Air Force, 30th Space Wing, for development of rocket launch facilities at Vandenberg Air Force Base, yet another milestone that the company has secured with federal, state, and local governments and agencies across the United States Government. A potential launch site at Vandenberg will be Relativity’s latest addition to its portfolio of major infrastructure partnerships, which also include a launch site Right of Entry at Cape Canaveral Launch Complex-16 and an exclusive-use Commercial Space Launch Act (CSLA) agreement for six NASA test sites at the E4 and E2 complexes at the NASA Stennis Space Center. Relativity is honored to serve on the National Space Council User’s Advisory Group where its CEO, Tim Ellis, represents the voice of the next generation of commercial space leaders and privately funded space companies.

Relativity is the first autonomous rocket factory and launch services leader for satellite payloads. The company’s vision is to expand the possibilities for human experience by building the future of humanity in space, faster — starting with rockets. Disrupting 60 years of aerospace, Relativity’s factory vertically integrates intelligent robotics and 3D autonomous manufacturing technology to build the world’s first entirely 3D printed rocket, Terran 1. Relativity is the first application-layer 3D printing company; Terran 1 is the first application. Terran 1 has 100x lower part count than traditional rockets, a radically simple supply chain, and will be built from raw material to flight in less than 60 days with unparalleled iteration speed. As a next-generation space company, Relativity deploys and resupplies satellite payloads with industry-defining lead time, flexibility, and cost to better connect and secure our planet.

Aurinia Pharmaceuticals to Present at the BTIG Virtual Biotechnology Conference

Mirum Pharmaceuticals to Present at the Jefferies 2020 Healthcare Conference 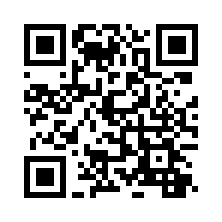 LOS ANGELES–(BUSINESS WIRE)–$COG #classaction—The Law Offices of Frank R. Cruz announces that a class action lawsuit has been filed on